We created a virtual reality experience for Tarzan 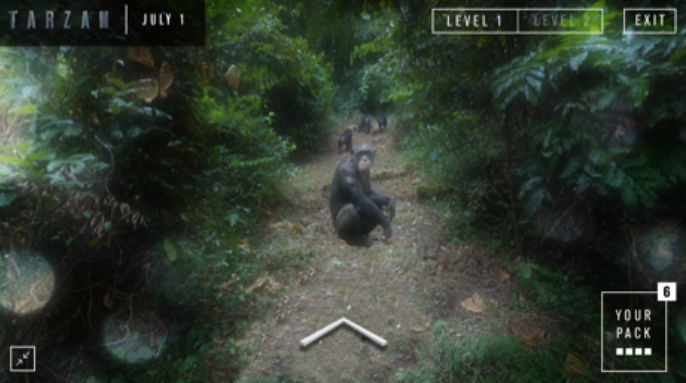 This is our technical log for our VR work supporting Warner Brother's The Legend of Tarzan. For more info see their 360 video experience.

The Legend of Tarzan VR project started off as an experience: the user would explore a jungle landscape through a custom Google Street View in search of various trinkets and animals seen in the movie.

The project can be divided into two aspects: the custom Tarzan-like world, and the “treasure hunt.” Custom effects would be added to the Street View, which would augment the user experience and allow them to interact with a world similar to the one in the movie. And as a user finds and collects items, additional levels and content (such as photos and videos) can be unlocked and viewed anytime by the user.

My AfterNow colleagues on the project team were Pedro, our designer, and Kaitlin, another developer. The project centered heavily around the use of Google Street View API, ThreeJS, and GSVPano, a library that stitches the images collected from the API to create the panoramas that the user would see in ThreeJS. The Google Street View API would provide all the images required to create the 360 world, and using ThreeJS enabled us to add custom navigation markers, collectable items, and a darker, more movie-like feel using Wagner, an effects composer.

We didn’t do a traditional design sprint to kick the project off. We were inspired by a project called Urban Jungle Street View, which transforms any ordinary location on Google Street View into a post-apocalyptic scene. My co-developer Kaitlin and I had a great starting place.

We made a lot of progress within the first three weeks. We had implemented the foundation of our item collection system, level switching, some additional environmental effects, and were beginning on streamlining the way we added items into the world.

The final product was a great experience for us. Essentially we created a “treasure hunt” system in ThreeJS, but this implies so much more. We created an interactive experience that takes a user into a custom world with post-composition effects that can set the mood and feelings evoked by the user. We also accomplished adding systems that would allow level progression, easy hidden item placing, and item collection. 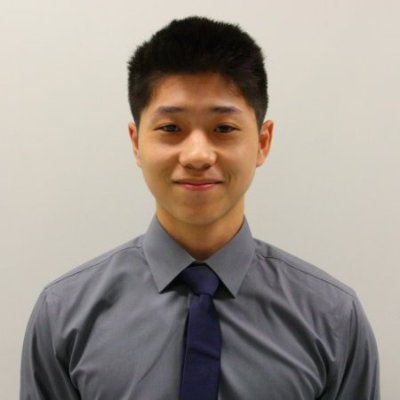 Hi there! I'm a software developer for AfterNow. Always looking for new challenges and exciting projects, I've been apart of web, VR, and AR development.