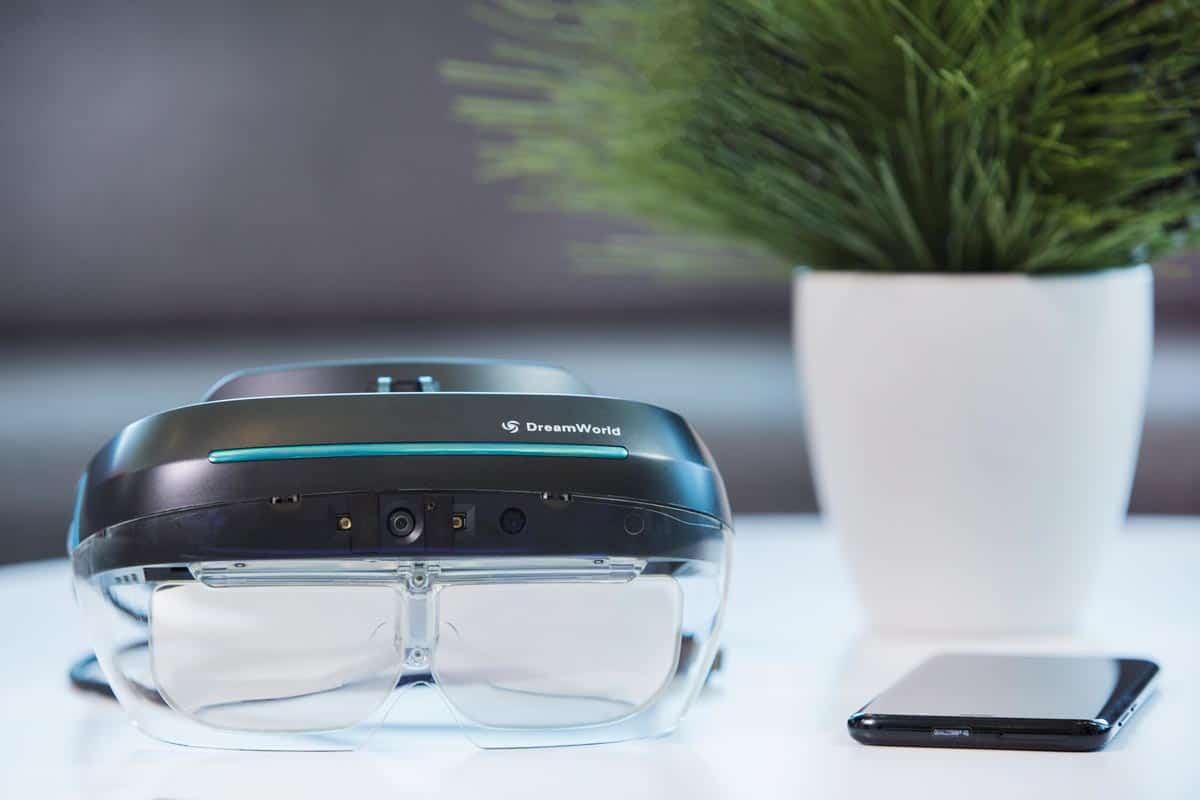 The hardware feels cheap but it is effective. It only weighs 240 g and has a 1200 by 1600 pixel display. There are two sensors on the front: one for hand gestures and the other for the rgb camera. There are no speakers built in but there's a 3.5mm jack on the left side to plug in headphones. The device works with a phone, Samsung or Huawei (an adapter is required), or pc. Iphone compatibility is in development. We only tested the PC version as the phone requires an adapter that was out of stock each time we checked the site.There is no built in slam, for that you need to add the Nolo for additional tracking and 6 degrees of freedom.

The wear of the device is pretty comfortable. Your forehead really needs to sit on the front cushion for the best field of view, that being said the field of view is pretty large. There is a sensor that instantly turns the screen on as I place the headset on my head, which is pretty efficient and works well.

This device is not really made for the consumer, as there are no apps other than one to watch YouTube videos on your phone. So this device only really works when you are developer because then you have access to the unity-based sdk.  To access the sdk you have to send Dreamworld an email requesting it. The sdk instructions are easy to work with and examples are provided for clarification.

The main limitations on the Dreamglasses are the constrained degrees of freedom and a lagging display. Without the Nolo the Dreamglasses only have 3 degrees of freedom so when you try to move an object your whole hand moves with your head and it can get disturbing. The glasses also struggle to recognize some of the hand gestures and the eye to display performance is lagging. As a result, this device would be better for only stationary use cases. But this is only the early generation so hopefully in future products these problems will be fixed as these kinds of devices hold a lot of potential.

Note: They provided on there web site a 6dof kit from Nolo. We purchased it and tried to install it but we were not able to get it working even with DreamGlass and Nolo support.

There is a lag in the movement, so when I move my head it takes a moment for the object to respond. Which is unfortunate because we used it connected to a GTX 2080, so its really the chips in the device or USB C performance that created this lag.