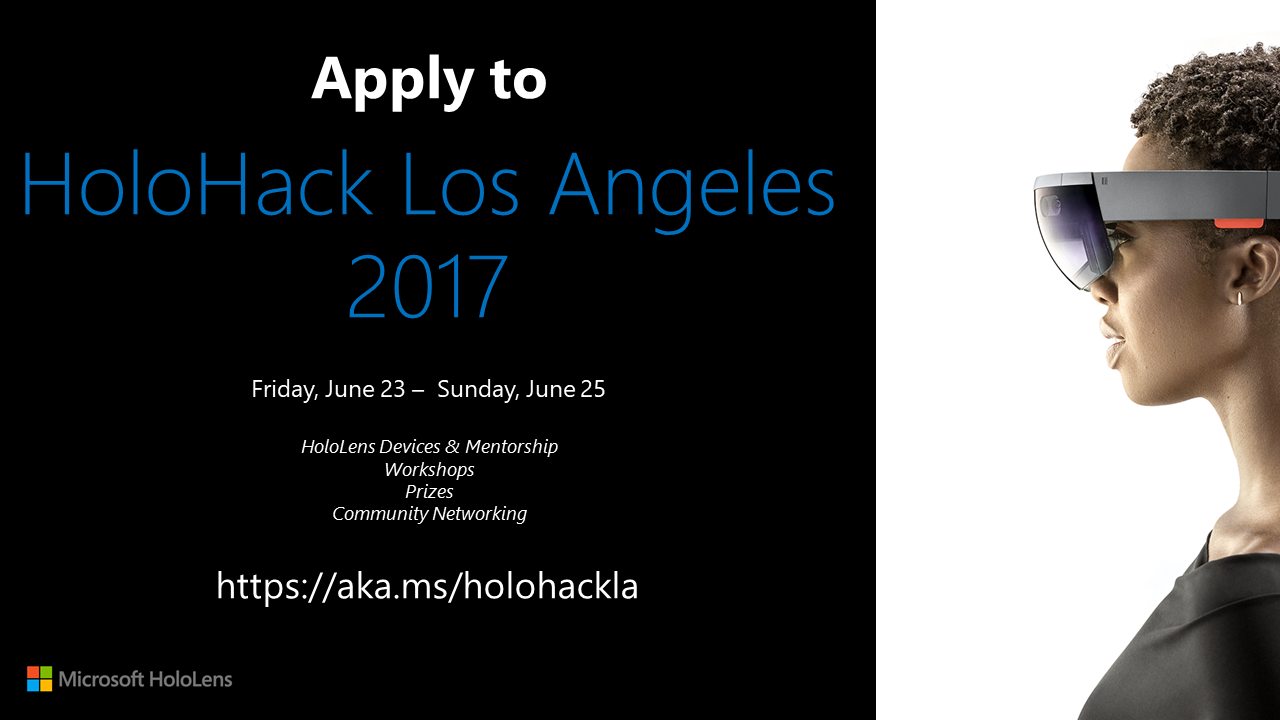 At HoloHack 2017 you will be building on the Hololens, for this you will need to prepare your computer with the following:

Installing & setup for developing with the HoloLens

If you are not a developer

If you are not a developer and won’t be deploying to the HoloLens (ex relying on a dev on your team to do so) then all you need to ensure is you have your tools installed (ex Maya, etc) on the computer you bring. You can work in your tool of choice and give the assets to your Unity developers or – download the latest version of Unity and participate in Unity’s Collaborate feature to add things to the project being used by the team. You don’t need the tools below – though if you want to experiment with them by all means download them (they do take up a good 12+ GB though)

if you are a developer

If you are a developer – download the tools Unity, Visual Studio, and the HoloLens Emulator

If you are using Unity, it’s probably easiest to use collaborate since it integrates directly with Unity. You can use git, though working across projects can be challenging and it’s a manual effort. Try out Collaborate – it makes it easier.

Microsoft now owns Simplygon which works AWESOME for optimizing models to run on the HoloLens! Check it out at https://simplygon.com/#get – the Simplygon Connect edition is free! (It does require Windows 10)

The Mixed Reality Academy has a lot of great tutorials https://developer.microsoft.com/en-us/windows/mixed-reality/academy

The HoloToolkit has lots of great features though can take a bit to wrap your head around how they manage instances and objects https://github.com/Microsoft/HoloToolkit-Unity

Let us know if you have any technical issues – sooner if possible! We want you to have all the time you can hacking 😊