OHVR: Our MVP of virtual reality for real estate is ready for testing 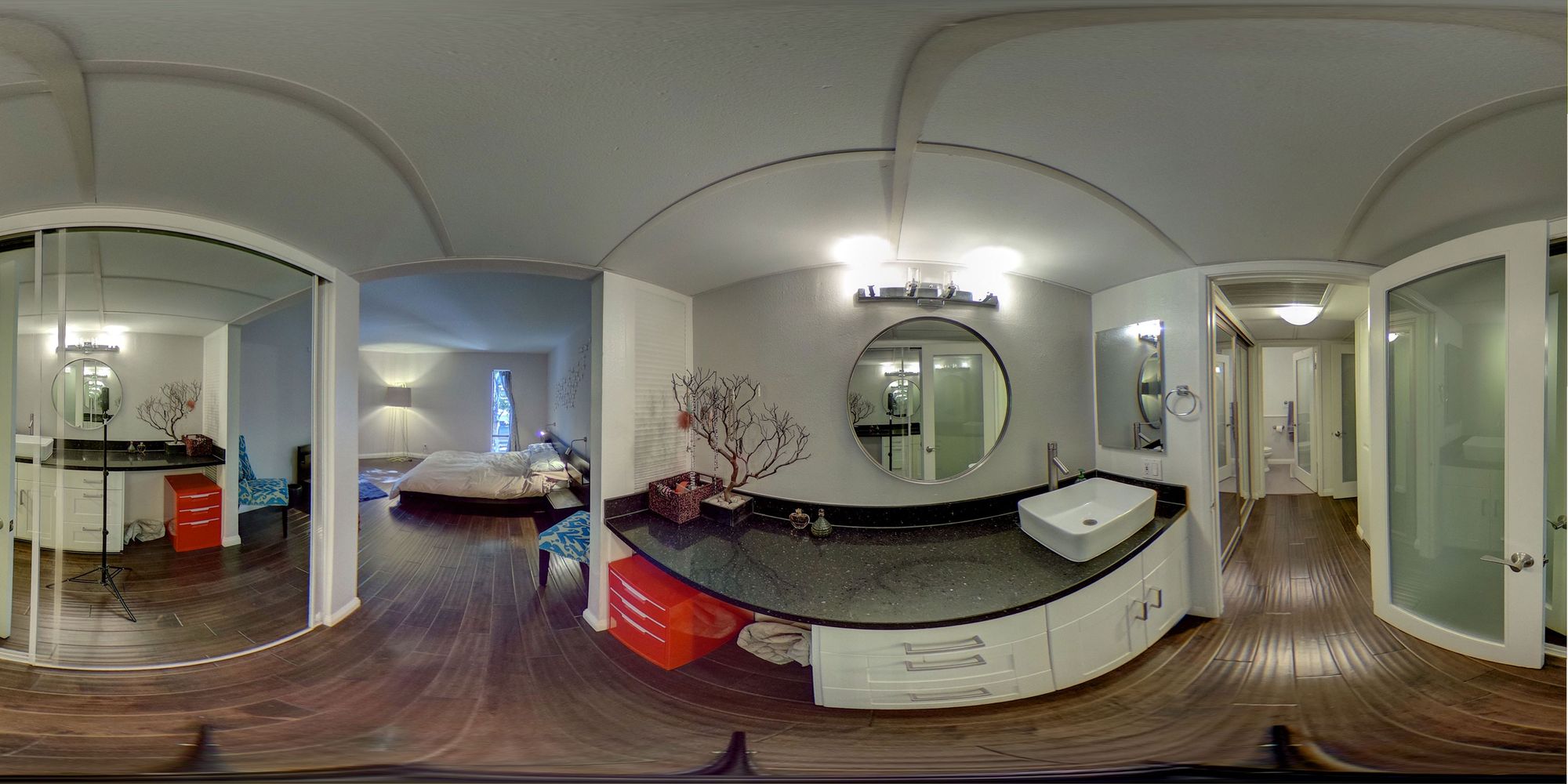 We just finished scanning our fourth property for the second MVP of OpenHouse VR. It was a beautiful one-bedroom condo in the heart of West Hollywood.

This is an exciting milestone as we'll have an app available for Android and Apple in the next few days.

Me at the last OHVR shoot in West Hollywood. I'm using the new ThetaS camera.

The first OHVR was a fully hardcoded virtual visit of just one house. While small and not without its problems, we  received very positive feedback. The first iteration validated its value  in the real estate market. With this second MVP, our goal is to  validate the full cycle of our product.

This version addresses two of the most common issues we faced with the first MVP of OHVR: orientation and picture quality.

When the beta users first took OHVR for a test drive, they felt  disoriented when moving from room to room. They had a hard time knowing  where they came from when entering a room.

We made two key orientation improvements: First, we kept the  orientation consistent. If your headset is pointing northwest when you  enter the next room, you'll now face northwest.

Next, we included more pictures -- one for each intersection -- to  always position the user in front of doorways that will keep the  direction logical.

A panoramic view of the kitchen.

As for picture quality, we improved that significantly, first by  doubling the resolution with the new ThetaS, then by using manual  settings to reduce the noise in the pictures with long exposure.

Finally, we started using HDR, which produces five snapshots of every  room. Capturing a larger range of data allows us to adjust the exposure  of the photos afterwards. Then we define a look for the photos.

Our concern with HDR is that it may feel less realistic. This is an  assumption we will be able to validate very soon as we finish processing  the new property.

The most important improvement from the first iteration to our new  release is that it's now possible to load multiple properties. Each  location will have a unique code that agents and buyers can access by  entering into a keypad at the start menu.

With this new iteration we've also released our own virtual reality viewer, compatible with Google Cardboard.

The viewers have a capacitive button, making the "touch" 100%  effective -- this is a big improvement on the original Google Cardboard,  where we experienced  several issues with the trigger magnet which  serves as an action button.

With this headset you can also adjust the eye separation, making it more comfortable to view and feel immersed.

We're excited. With our latest MVP, OpenHouse VR will soon be accessible to anyone with a smartphone and a Google Cardboard.

We're working on the headset next and onboarding more real estate agents as part of our early adopter program. <a href=mailto:"today@afternow.io">Get in touch with us  if you'd like to be part of our initial user base.

If you're in LA, we'll be demoing the MVP of OHVR on Jan. 16 at the  Creative Technology Center. I'll also be giving a talk about the  convergence of VR, AI and the Internet of Things.

RSVP here (make sure to sign up because the event is expected to reach capacity).