Mixed reality technology might still be relatively young, but it's already showcasing its strengths in unexpected places, going beyond just the impressive factor to serving as a means for practical solutions. The same way that not-necessarily technical industries began adopting uses for smartphone apps, virtual and augmented reality is beginning to appear everywhere from retail stores to real estate.

The early examples transcend any potential hype to embrace the powerful tenet of this tool: The ability to move and change your environment can shift your perspective.

Looking beyond popular speculations for the tech's use in marketing and training, here are a few early, practical user case scenarios just barely scratching the virtual and augmented reality surface.

1. Run away with a retail-minded imagination 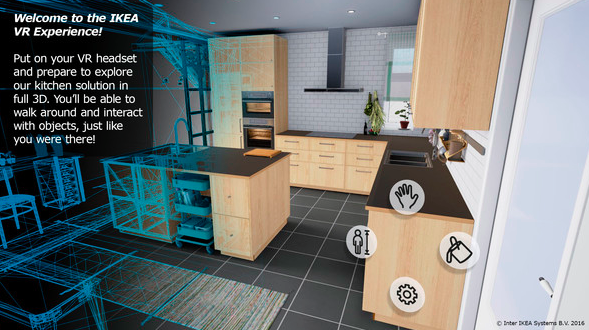 Lowe's is running with the success of the Holoroom, a smartphone app allowing customers to superimpose furniture into their home space, with an in-store Hololens providing an immersive experience of a redesigned kitchen. Customers and try out different appliances and colors and share the designs with others, perfecting their space before putting any money on it.

The augmented reality head-mounted display is active in several Seattle-area stores, just in range of Microsoft HQ; the company wants this to be just the beginning of a move towards the virtual and augmented reality space.

Not to be outdone, Ikea launched a virtual reality app on the HTC Valve, also as part of a larger initiative to move into augmented and virtual experiences.

Beyond the home improvement space, retail is champing at the virtual reality bit, preparing to launch immersive 360 movies and investing in Oculus and Vive virtual reality headsets for brick-and-mortar stores.

2. Augmented reality for stock traders and other desk jobs 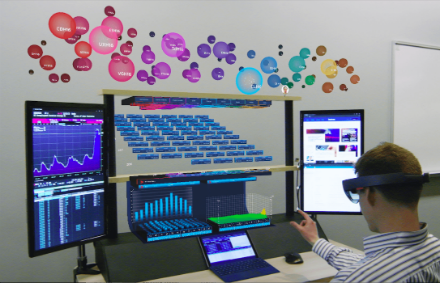 Citibank is getting a Hololens interface to stock traders which can also be shared with their clients. Information related to stock options and various other financial assets is easily manipulated in augmented space.

Besides being innovative for fintech, this is a solid glimpse at a prototypical augmented reality work station, which our company hopes will relieve us from the era of cumbersome desktops.

3. Modeling to immersion for architects

Architects now have everything at their disposal to create virtual worlds before they exist in reality.

Practitioners who use tools like SketchUp and Revit to create 3D models can use Iris to take their work offscreen and into an immersive environment. With these platforms, you can create larger-than-life models that you can walk through.

For everyday use, Sketchfab is handy for anyone who wants to upload and share 3D content. The app is used widely by artists, designers and architects.

Like many top media influencers, Sketchfab's CEO sees 2016 as the time virtual reality reaches the major convergence of affordability and accessibility it needs to fully integrate into the mainstream. With this, the platform has introduced a VR button to make all content viewable through Google Cardboard -- a move Google Maps also made a few months ago with its content.

Sketchfab has offered tips for ways to make modeling content friendlier for virtual reality, but limitations still exist as the platform mostly encourages orbiting and not a scene-to-scene experience.

Sketchfab provides artists a great opportunity for showcasing 3D worlds and objects. Project Mosul is a collaborative effort to preserve irreplaceable cultural artifacts, in the Middle East and beyond, which are at risk of human and natural disasters.

Did I miss anything? Most definitely.

I could find instances of robust augmented and virtual reality products all day. The goal here is not to watch a few examples from the sidelines, but to use these to stir the imagination. With the tech out now, a lot is possible.

Philippe has been dreaming up a few user-case scenarios yet to happen -- which he's talking about in a follow-up post -- and we're actively sourcing ideas for things to build. If you're sitting on an idea and you're ready to act, email us. 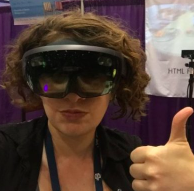