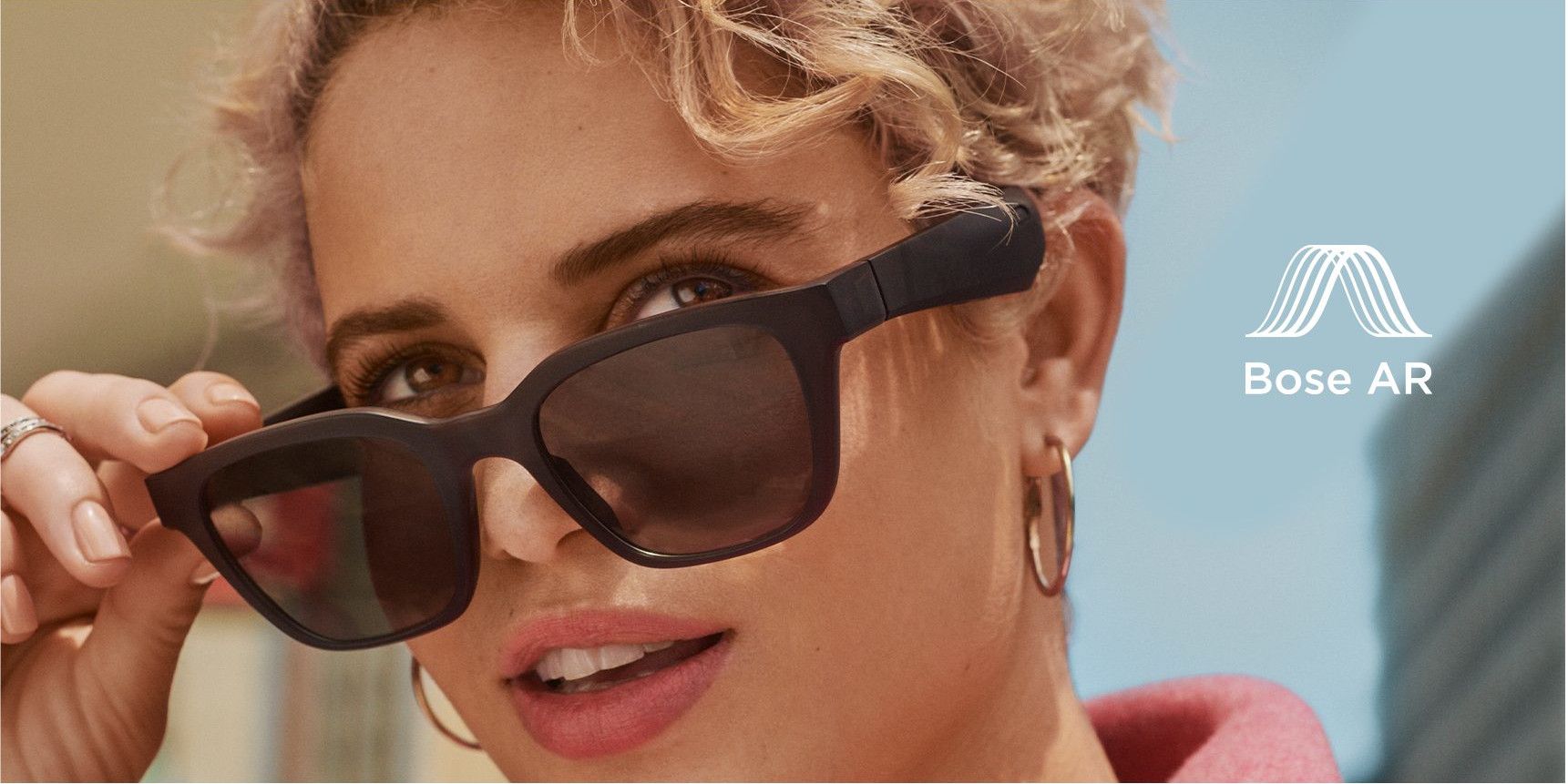 The Bose Frames are sunglasses with a soundtrack. They look like regular sunglasses but they have miniaturized Bose electronics hidden in the temples.

There are two designs: a square angular look (alto), or a more rounded look with a smaller fit (rondo). They are very light weight and fit nicely. There are three speakers on each side, placed as close as possible to your ear, plus an additional one above (which I'm guessing is for outside sound detection to regulate noise cancellation). The sound is directed at you and away from others using exclusive technologies and custom speakers. You can even test them out for 30 days and if you decide that you don't like them you can just send them back!

The sound quality is good but it isn't that loud, I have to put the volume to beyond the max (where they give you a notification that its dangerous) to hear well. It would be better if there was a way to increase the volume more than only through the connected device. They are sunglasses so they should be made to be outside around lots of noise.  I had hoped that there would be more control on the device such as disabling the noise cancellation or boosting the audio output.

Everything else is mostly positive. They give the same vibes as a speaker by integrating audio directly into your space. You can easily have a conversation with someone while at the same time listening to your music. The price is equivalent to a nice speaker and its not as intrusive as putting something in your ear.  Also, if you double click and hold on the button you can call your assistant on your phone (Alexa, Google, Siri, Cortana, etc) which is an addition that seems to be obvious in most products nowadays, but it still elevates the glasses to a new level of usefullness.

There is a special plug that charges the glasses and connects it to a laptop. The battery life is decent, it lasts about half of the day. I didn't make a phone call with it but I would assume it would work well.

By definition the audio is AR as you can hear the real and the virtual by mixing both worlds. However, I was still really hesitant to believe that these glasses were AR until I downloaded the sdk and gave it a try. To access the sdk you have to register for it on their website. I was surprised by how seriously they took the sdk, they hold a lot of expectations for this product.

The one I tried is the AR Unity sdk. There are a lot of examples  and you can easily create this app with all of the samples already running, which is great.  There are sensors, 6 dof (they call it 9 dof not sure what that means for them yet), gyroscopes, and accelerators, so it is able to sense your motion. The glasses can also detect head gestures and tapping, so coupled with spacial audio you can get a rather compelling experience.

In the example game I went through I had to collect a small ball using sound. As I turned and got closer to the ball the music playing would get louder so I was able to detect it in space.

Target prefab also has information, including the different scripts, that you can dissect to get a really good sense of how to create this spacial experience using the Frame glasses.

This other sample app i tried demonstrated all the gestures that you can use. You can double tap the side of the frame, nod your head up and down, and move your head side to side. However, I wasn't really impressed by these compared to the spatial audio and the detection tools that they provide.

Bose is making a very impressive play and they are taking it very seriously. They may be the first company to have a widely distributed AR headset, which would be a great surprise. I am really impressed by the quality of the sdk that is fully functional and full of examples that work on ios and on android. This is a great first step and I am looking forward to the applications that come with it, and I am already inspired to create a few of them myself.

Cons:
- Not much control over the volume