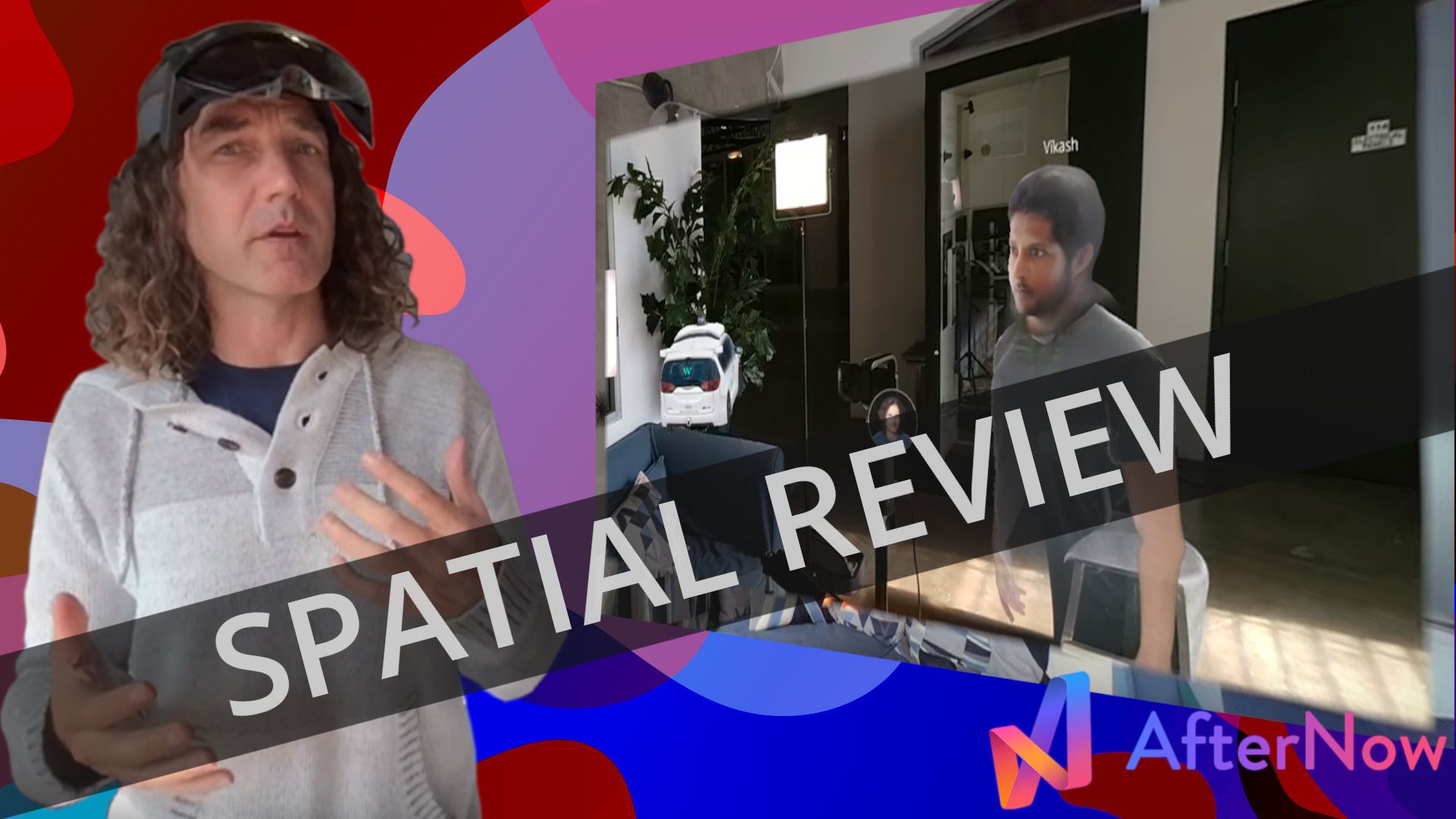 Spatial, an augmented reality platform startup, just raised 14 million dollars of Series A funding – and for good reason – it’s one of the most promising collaborative AR platforms currently in development.

The platform allows users to turn any room into an immersive shared augmented reality workspace. Attendees can join as semi-realistic 3D avatars of themselves and upload 3D models, notes, and any other data on a shared wall or in the space of the room itself.

The Spatial augmented reality platform promises a future where people can instantly meet with anyone in the world in a shared infinite workspace with a huge range of collaborative tools.

I had the chance to take a deep look at Spatial’s latest version recently and highlighted some of its top features and capabilities:

In Spatial, 3D avatars are created from an image of each attendee. The avatars show up in the room as they connect to the meeting, along with a single wall which is used for collaboration.

Files that can be uploaded to the meeting include images, documents, notes as well as 3D objects through JDL files that are less than 30 MB. Images, files or 3D models can be manipulated and moved around in the workspace with hand gestures such as grabbing the object to make it larger or smaller.

The shared wall is a kind of central hub for the meeting’s content and the best place to put content to ensure everyone can view it. If objects, videos, pictures etc. are placed elsewhere in the room, others may have difficulty accessing them (i.e. the host’s room may be larger than an attendee’s room.)

Spatial’s headset compatibility is fairly versatile. You can connect with any other person using an augmented reality headset like the Hololens, Oculus Quest or Magic Leap. The Hololens is our recommendation for the best user experience based on our testing so far.

When you log into Spatial on the desktop app you get access to all of your saved rooms. The scribble feature on the desktop app allows you to draw on 3D objects or make notes on them to point out features. Post it notes can be instantly generated by talking so the note is transcribed and then posted.

The desktop app also has the added feature of screen sharing and webcam sharing so if meeting attendees do not have a Spatial compatible AR headset (MagicLeap, Hololens, Quest, etc.) they can see a live stream of the attendees.

The videos of the stream can be placed anywhere including on the wall where they can be locked in place so that everyone can see them.

Spatial also has a convenient smartphone app that can be used with similar features as the desktop app. The app also has a note feature which lets you speak or type notes on your phone that pop up on the shared wall.

Pictures from the smartphone can also be instantly uploaded. Using the phone as an input device is a natural experience and it was seamless and very intuitive.

The search feature is helpful for creating quick mood boards in Spatial around a particular topic. A term is entered into the search option and a vast mood board is created based on search results which can then be refined by selecting particular images or text results.

This feature can be really beneficial for ideation and envisioning meetings without requiring traveling. Concepts can quickly be transformed into content ideas for brainstorming and creative projects.

We did an example with the search term “simplicity” which brought up definitions, some photography, and a sewing website which was expanded and then various images were instantly pulled up from the site and displayed in a staggered and easily accessible pattern.

Benefits of Spatial for Collaboration and My Thoughts

There are many benefits of Spatial including being able to meet in a dynamic workspace with people from anywhere in the world. Although we currently have Zoom meetings, you’re stuck to the screen and there isn’t really a shared workspace to utilize.

Spatial is the next level of collaboration where 3D models and objects can be studied, demonstrations can be far more immersive, and virtual meetings can be far closer to real in-person meetings - but with the added benefit of infinite workspace.

Everyone can bring their own designs and concepts to the meeting and as a result there is much more input from attendees and shared collaboration as opposed to the traditional meeting style.

I am impressed with how stable and reliable Spatial’s latest version is and congratulate their development team on evolving the product at a fast pace. We understand how hard and complex it is to create a smooth augmented reality product.

Spatial’s augmented reality collaboration platform is really unique; the avatars are similar enough to the real person, you feel more alive as an avatar and present in the room compared to virtual reality collaboration. So it feels more like a real meeting than anything else.

It’s also nice to be able to save the room and come back and collaborate as needed on it, as opposed to meeting in person where all the notes and content has to be taken down and put back up before and after each meeting.

I have no doubt that Spatial’s augmented reality collaboration software will likely be one of the first widely adopted tools for business once AR headsets become utilized more regularly.